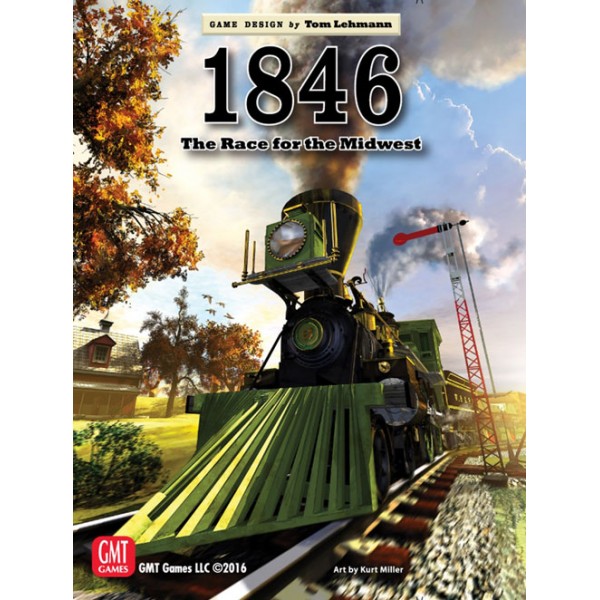 In 1846, 3-5 tycoons compete to earn money and build the best stock portfolio by investing in and operating railroads within the midwestern United States.

Five competing railroads, in search of Midwestern grain and markets, crossed the Appalachian mountains in the early 1850s: the New York Central, Erie, Pennsylvania, Baltimore & Ohio, and, via Canada, the Grand Trunk, backed by Boston merchants.

In front of them were literally hundreds of failed local railroads, most existing only on paper, but a few had laid bits of track and acquired locomotives, before running out of capital and being sold to Eastern interests in 1846.

Can you knit together these private companies and Eastern railroads to form the most profitable rail network in the Midwest, stretching to Chicago and St. Louis and connecting East and West?